On February 1st of 2017, over six thousand women adjoined at the San Jose Convention Center for the Watermark Conference for Women, a day made complete by incredible keynote speakers, productive sessions and enough inspiration to motivate every woman in attendance. This year was the third annual conference hosted by Watermark, all with the goal of supporting women’s leadership and development, both professionally and personally. The conference featured break-out sessions focused on a large span of topics, including sexual assault and violence, how to create a meaningful life, unconscious bias, networking and workplace diversity. Each attendee was encouraged to select three sessions to attend throughout the day. When not in a session, people were encouraged to congregate in the exhibit hall, which included a bookstore of literature written by keynote speakers, women’s business attire clothing, and even a small version of Shark Tank where entrepreneurs could pitch their ideas to panel of judges. The exhibit hall also included a station to take free professional photos, resume review and career counseling.

The highlights of the afternoon were the keynote speakers. Watermark assembled a selection of seven distinguished speakers who graced the large audience with their presence. In the morning, attendees first heard from Shawn Achor, the New York Times best-selling author of “The Happiness Advantage” and “Before Happiness.” He encouraged women to work towards achieving their happiness, while reminding that joy can still be felt, even if the circumstances are not perfect. Next on the stage was Annie Clark, the co-founder of End Rape On Campus. Ms. Clark shared the story of her sexual assault, and how she is now fighting for any girl who feels that her voice has been stolen. To end the morning keynote speakers, Kara Swisher interviewed Sheryl Sandberg live. For those who do not know, Sheryl Sandberg is the COO of Facebook, as well as a pioneer in women’s leadership. She boldly stated, “That little girl on the playground isn’t bossy. That little girl has executive leadership skills.” Her words were inspiring to all those listening to fight for their dreams, not allowing anyone to hold them back.

During lunch, attendees were once again blessed with three keynote speakers who, by the end of the meal, had left every women breathless. The moment Viola Davis, an award winning actress and prime defendant of African American and women’s rights, stepped onto the stage, the atmosphere changed. Ms. Davis spoke of her past, growing up in extreme poverty and violence, and how she got where she is today, stating that “nothing in your life is going to do you any good unless you own your story.” She went on to speak of the social climate currently taking center stage in the United States and how she feels hope. She ended her speech by directly addressing the youth in the audience, delivering words that will forever be engrained into my mind: “And to the young people out here… I always say because I know what it means to be 16, you feel like who am I? Gawky? Or overly confident? But not really, just awkward? Just remember that what the caterpillar calls the end of the world, the master calls the butterfly. You are enough.”

Last but not least, Kara Swisher once again used her journalistic skills to mediate a conversation between Madeleine Albright, the first female secretary of state, and Condoleezza Rice, the first African-American secretary of state. Despite coming from different political parties, with Ms. Albright being Democratic and Ms. Rice being Republican, the women are close friends and it was clear to see in their banter. The women spoke on many different topics but the most memorable was their conversation on the current political climate of the United States. Both women voiced concerns, with Ms. Rice stating that, “We are not a nationality, we are not a religion, we are an idea.” Meanwhile, Ms. Albright took a more direct approach with her beliefs, catching the audience quite off guard, as the 79 year old woman called Kim Jong-il a pervert, and stated that she was very glad she did not have to defend our current administration. They then expressed concerns over the environmental issues and possibly detrimental changes the Trump presidency could inflict on our environment, with Ms. Albright expressing deep sorrow, “that recently climate change has been relegated to the earth is flat.” In their last few moments on the stage, both women took a moment to make a statement on women’s rights. Ms. Rice encouraged attendees to “never let people look at you and tell you what you ought to be interested in.” And, finally, Ms. Albright encouraging women to stand up for each other, saying “I wish that women helped each other more. There is a special place in hell for women who don’t help each other.” She quickly added, “that doesn’t apply to voting, because I would never vote for Sarah Palin.” 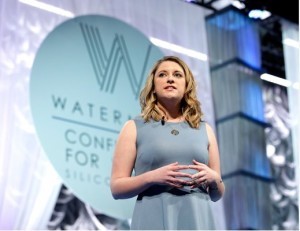 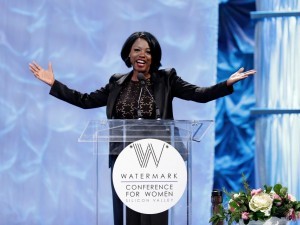